The beneficial effects of LEDs on the growth and development of greenhouse plants was scientifically proven by OSRAM.

Scientists at the University of Wageningen and Vortus have proven that Fluence by OSRAM full-spectrum LED phyto-lamps are the most effective supplemental lighting for greenhouse plants compared to HPS (high pressure sodium lamps). Scientific tests were performed for 5 months. Supplementary lighting was tested on tomatoes. Test results with WUR (Wageningen University Research Center), Fluence by OSRAM and an independent consulting company were officially published.

During the experiment, scientists tried to compare the efficiency of supplementary lighting of plants (in particular tomatoes) with LED phyto-lamps and sodium lamps. Testing has shown that under the influence of phyto lights of the full spectrum PhysioSpec GreenhouseTM (Fluence), vegetable yields increased by at least 11% compared to the alternative supplementary lighting with HPS. The specific growth rate depends on the variety of the grown culture. This means that LED technology provides not only an opportunity to reduce energy costs, but is a real proven way to increase yields.

According to the director of Vortus, B. Lobker, greenhouses are leery of changing to LED lighting, because they are not sure about the feasibility of re-equipment. Tests have clearly demonstrated the need for such a transition. Fluence by OSRAM said, they intended to continue research work. In the future, the specialists aim to get the maximum possible effect from the use of LEDs and to prove their higher performance in comparison with HPS.

The article was written based on materials from the agbzgreen.ru web site 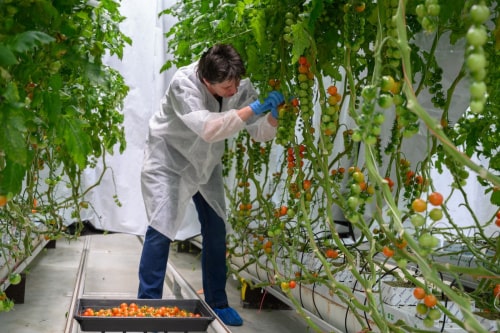 Share the news:
Take a test and find out number of lamps for your greenhouse
Start
Back to news list